January is a cold, dark, short month.  It’s sometimes better just to hunker down and get it over with.  Then again sometimes its hard to notice it at all.  By the time Christmas and New Years festivities are gotten over, it’s almost finished anyway, and there isn’t much to do until the Carnevale starts livening things up again in February. 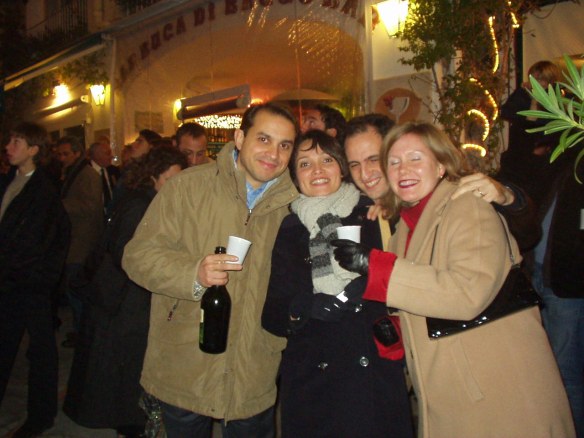 So this post will be short.  It’s just to let you know that January is not a great month to visit Rome.  Everyone is tired, especially at the Vatican.  Many places close for a restful few weeks, and those that can, get out of the city and go skiing.  No one wants to party or eat much, and no one is very interested in serving you.  It’s too cold to stay outside for very long and enjoy the best parts of Rome, which are actually mostly outside.  Although the keen winter sun does make it lovely for a short stroll either just before lunch or just after. 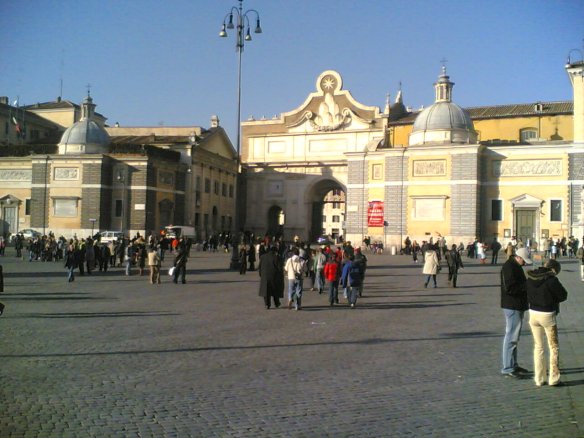 If you do happen to be stuck in Rome in January the three best things to do all begin with S – shopping (there are lots of sales), skiing (ski fields only about an hour away) and sipping hot chocolate.

A Roman hot chocolate is a spiritual experience and will revive even the most jaded of palates and auras.  When I first got handed a hot chocolate in Rome I thought someone had made a mistake in my order.  It looked nothing like the brown, milky, liquid hot chocolate I grew up with.  You basically had to eat it with a spoon and it came with an inch of whipped cream on the top to “even out the chocolate”.  In Rome a hot chocolate is taken standing up at the counter of your local cafe, or sitting at a table alone or with friends.  In Winter it is one of the basic five food groups, along with deep red Chianti.  But as most people are heartily sick of drinking by January, and are saving themselves for Carnevale, a hot chocolate is a steady substitute.

Italy has some of the best ski slopes in the world, the most breathtaking scenery and the most comfortable accoutrements to skiing in the Western world.  Added to this is the high fashion still apparent on the slopes, the spectacular food and venues, and it is a pretty good way to pick yourself up during a dark, cold January.

Lastly the sales.  While others are working off their Christmas kilos on the slopes or dieting by drinking hot chocolate alone, some are using shopping as their cardio.  It’s not just the heart stopping deals and the adrenaline inducing battles that go on between shoppers, it’s that you end up walking for ages, laden down with bags due to the fact that the bargains just go on and on.  It is also an ideal way to throw off Winter blues. 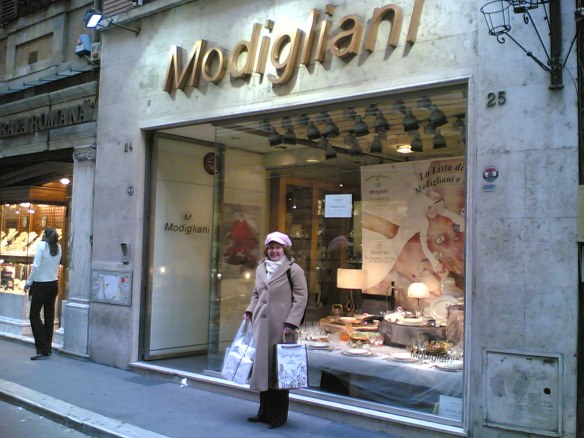 Oh and if you are still stuck for ideas, try http://www.wantedinrome.com and  http://www.facebook.com/TheYellowRomeGuide  between these two you will find everything else you need to enjoy a Roman January.

2 thoughts on “What’s up in a Roman January?”